Our scrapbook notes about Gunkan Jima

Also known as Hashima or The Battleship Island. Gunkan-Jima is about 15km off the coast of Nagasaki, in Kyushu, Japan. The island was originally one the main sources of coal for Japan and it used to be inhabited by hundreds of miners and their families. However, now it is uninhabited by anyone. The island does look in fact like a battleship, hence its name. It has rows of concrete buildings, and does look pretty derelict. Tours can now be taken to the island from Nagasaki which last about four hours. You may also recognise the island from the James Bond Skyfall film, as it is the island where the baddie lived. 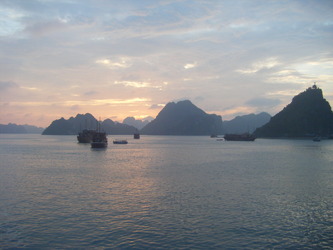 Read Have You Ever B...
Back