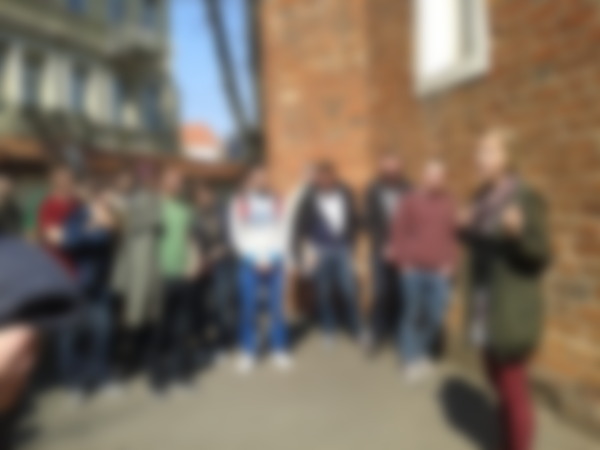 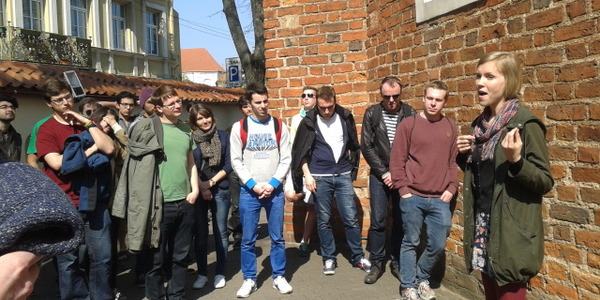 In early 2014 James and I took an 11 day trip across the Baltics and Poland. We ventured from Tallinn (Estonia) to Riga (Latvia) and to Vilnius (Lithuania) before getting to Poland. Three countries which surprised me with their beauty, and three countries I think you should visit! Here are ten reasons why...

1. Beer – maybe the only reason you should visit? There are great local beers within the Baltics and they are crazy cheap! Think €1 to €2 for a pint. What more could you want? Get booking a trip now!

2. Naughty Squirrel Backpackers – one of the best hostels I’ve stayed in. I can’t exactly think why but I really liked this hostel. It’s right in the centre of Riga with incredibly friendly staff always offering a hand to help. There’s a bar right next to reception offering a great little atmosphere and nothing too intense.

3. Everyone speaks English – as much as I hate this fact, because I believe English speakers should attempt to learn another language and not expect everyone to understand what we’re saying, been able to understand everything does travelling the Baltics that much easier.

4. Black Balsam – a type of spirit/drink in Latvia that apparently is great for curing colds so I was told. This is a kind of herby drink which tastes like nothing I’ve tasted before but it certainly cleared my sinuses. Pretty strong and available at most bars in Riga.

5. Buses – the buses I took between the Baltics (Tallinn-Riga-Vilnius) were about €20 for four-hour trips with Wi-Fi. Sounds a bit of an odd reason to visit the Baltics but you could book these buses online and they were plenty of them. Plus free Wi-Fi. On a bus. Is that even available in the UK?

6. Walking tours – in countries such as the Baltics, but also similar in Eastern European countries, walking tours are common and they are free! Granted, you are pretty much obliged to tip but it’s worth it. I don’t think free walking tours are as common or available at all, in the more expensive European cities such as Paris, Berlin or London. Locals always run these tours, they’re also full of other backpackers and they’re never dull. The locals take you to the actually interesting places in each city rather than what you might get from an older, paid tour.

7. Liberation – in 1991 the ‘Baltic Way took place which involved approximately two million people joining hands to form a human chain to show liberation from the Soviet Union. I find this a great part of history to learn about and it’s very apparent in the culture of these countries. Also, as these countries were liberated quite recently, you can see still some Soviet Union architecture in the capitals, which is also really interesting and different to any other European country I have visited.

8. Food – again, just like the beer, CHEAP! Dig right into the local dishes; you’ll be pleasantly surprised! And much to my joy and surprise, there was a hell of a lot of vegetarian options that were nearly all labelled separately on the menus. Try some dumplings, beetroot, pancakes and cabbage. Yep that’s right, cabbage.

9. St Petersburg – even though I didn’t voyage on this trip, you can get day trips from Tallinn to St Petersburg without needing to get a Russian visa.

10. Last and most importantly, these places won’t break the bank. Apart from the beer and food I have mentioned, everything is really reasonable. I paid around €10 for decent hostels and taxis are affordable enough to take a fair few. Overall, my advice is to go the Baltics, the capitals are beautiful, the people are friendly and it’s an awesome place to experience.

By Becky on 13 May 15:58 About Tallinn, Rīga and Vilnius Tagged with Russia, Estonia, Latvia, Lithuania, The Baltics, Naughty Squirrels Backpacker Hostel, Poland and The Baltic Way
sarah wrote:

Wow thank you I am so excited I have a couple of months in the Baltics from June until August. Thanks for the heads up on being able to visit St Petersburg on a day trip without a visa,