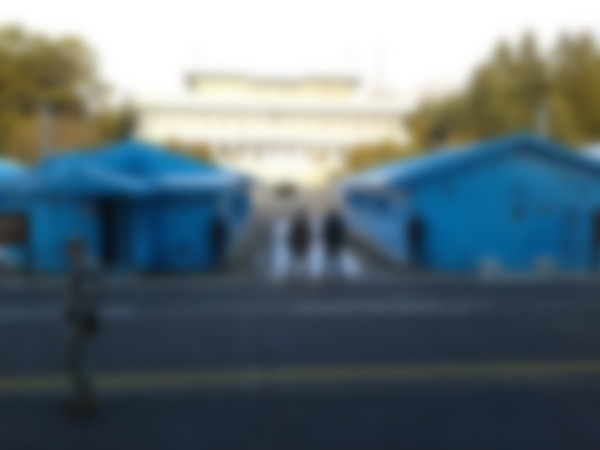 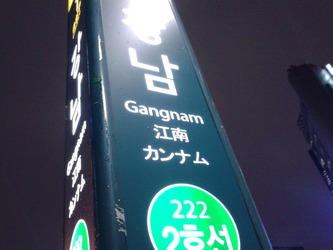 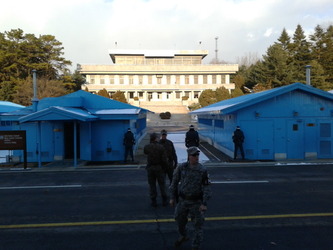 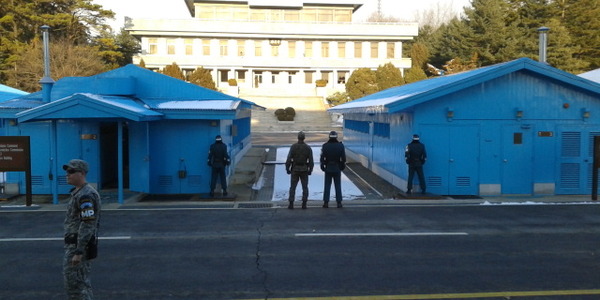 Want to tick one of the world’s most militarized societies off your list of places to go? Then you’ve come to the right place. During December of last year I was lucky enough to take a day trip to North Korea through a tour group I’d found in the South Korean capital of Seoul. I’ve wanted to go to North Korea ever since I saw the death of Kim Jong-Il on the BBC in 2011. The atmosphere and general leadership of this country fascinates me, and reminds me greatly of George Orwell’s 1984, which I also love. So as soon as I got some free time when I lived in Japan, I thought it a great opportunity to visit South Korea and take a trip to the bewildering North.

North Korean tours are quite widely available from South Korea, so there is a lot of choice available to you. Before I went on my trip I did my research on the best tour company to go with as I’d heard you have to book a few days in advance, and only been in South Korea for 3 days, I had limited time. Along with the limited time to book such trips, there are also different options on where you should visit so let me break it down for you:

DMZ (Korean Demilitarized Zone) - the DMZ is a strip of land between North and South Korea on both sides of the border. It runs all across the North-South Korea border and is about 4km wide, and I believe it is one of the most heavily militarized borders in the world. Any trip should take you to this section, which is only done by a proper tour company, with a pre-booked tour and a valid passport.

It’s the sections that are visited in the DMZ which make the difference between a good and a great tour:

The 3rd Infiltration Tunnel (also connected to the DMZ Theatre and the Exhibition Hall) - North Korea dug several tunnels to get to the South ever since the end of the Korean War. So far a noticeable four tunnels have been found by South Korea, and they’ve decided to open up their end of the third tunnel to the public. At the end of the day this is just an empty tunnel which you can walk down to a certain point but it is very interesting and the surroundings of the tunnel entrance highlight a lot about the North-South divide. Most tours will visit this tunnel and the neighbouring museum which shows some great documentaries and facts. A must see on the tour.

Dorasan Train Station – there used to be an accessible train station going South Korea to Pyongyang, North Korea, but North Korea decided to stop any access, so now lies an empty, super clean train station. A bit dull to visit as there isn’t actually a great deal to see, so I’d say it isn’t the end of the world if your tour doesn’t go here (but it probably will do).

Dora Observatory – I thought that the Dora Observatory was a key part of the trip. Your tour will take you up to a lookout point, where you will first get a talk from a South Korean army officer (in fluent English) detailing what exactly you can see at the lookout. You can't take pictures past a certain point at the observatory, so I can't show you what lies over the wall, but basically you can peak into North Korea and its closest town to the South Korean border. This town seems like any town with flats and tower blocks, but not all is what it seems. The town is apparently deserted, and the windows of these tower blocks are painted on because North Korean can’t afford to put floors or any other facilities in these buildings. For a more in-depth view you can pay a few pennies for the lookout point binoculars, which gives you a better image into this empty world. A comical part of this trip was the South Korean tour guide asking if we’d seen any North Koreas in the town, as if we were on some kind of safari looking out for a zebra or something.

JSA (Joint Security Area) at Panmunjeom and Camp Bonifas – this is the most important part of the tour and some tours don’t include it so make sure you book JSA, as otherwise the trip is kind of pointless in my opinion. Within this trip you go to Camp Bonifas, the JSA freedom house, the Conference room and the bridge of no return and point of Ax murder.
Camp Bonifas is a U.S army camp and I believe their job is to work with the South Korean army to make sure North Korea behave. Your tour bus will stop here and you will receive a talk from the U.S officers, then they lead you on their tour bus through their camp then into the JSA. At the JSA you can see North Korea and some North Korean guards. You are then allowed to go into a conference room which allows you to step over into the North Korean border. Inside the rooms and surroundings you’ll see some South Korean soldiers who look fierce, and who don’t move all day. Also, they can kill you with one hit I heard so don’t act like an idiot when you’re there. Along with this trip the U.S officers will show you the bridge of no return which used to be an access point between North and South Korea, and also where the incident of the Ax murder happened. The officers will also take you to another lookout point which is an equally important part of the trip.

Overall this trip was incredible and I’d highly recommend anyone to take it. As I said, there are many companies offering these tours, but without the JSA part, I’d argue they are kind of pointless. Also, many tours will only let you book once you’re in Seoul, so I used Koridoor tours as I was able to book online and secure my place before I left Japan, because you need a good 3-4 days to securely book your ticket. My tour was about £70 which included all transport to the DMZ and lunch included. You need a valid passport and that’s about it.

Can you recommend any other tour companies or any other different parts of the trip? If so, just let us know!