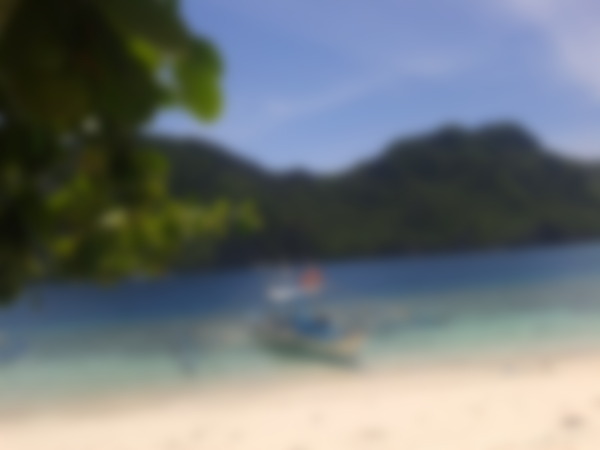 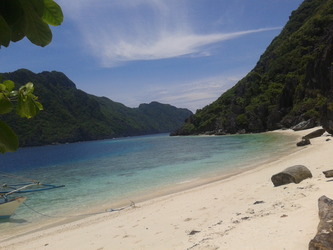 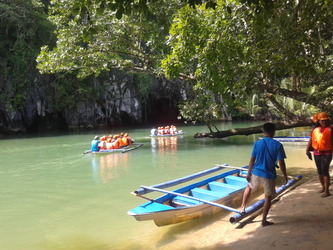 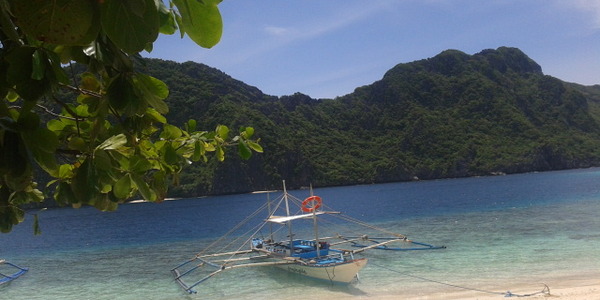 I’ve just recently come back from a trip to El Nido, which is a paradise backpacker destination on the Island of Palawan in the Philippines. Apart from a lot of friends’ recommendations and tips of advice, I really didn’t have much of a clue on how to get to El Nido and the best possible way to tackle the trip. All I got told was, “you have to take cash as there are no ATMS” and, “power shuts down by 11pm” the power advice was a lie but the cash situation was true, however I’m here to tell you exactly how to get to El Nido and the ins and outs of this paradise place.

Getting to Palawan
Getting there was an adventure and a half for me, mainly because I hadn’t booked a flight ticket and I arrived into the Philippines at a different airport to where I was supposed to leave from, but I did make it in the end. Manila is the main airport and the capital of the Philippines and the place you can leave from to get a domestic flight to Puerta Princesa which is the capital of the island of Palawan, where El Nido is. I would recommend booking flights a day in advance as you’ll save a lot of money. I arrived at the terminal and wasn’t allowed in the airport without a ticket so I had to trail around in a taxi to a ticket office, and then to an ATM which would accept either of my cards. This turned out to be double the cost of a ticket online and lot more effort. On the way back I used skyscanner.net which is my trusty flight site, and I got a single ticket for £22 including baggage. Baggage however is tight, they only let you take 10kg for your check in baggage, but you can load up your hand luggage to 10kg also. Also, if you book your tickets online or on your phone, you only have to show them the email on your phone, so no need for a printer.

The flight is just over an hour, and there are plenty of flights through-out the day.  Also, the terminals at Manila are a bit hectic and miles apart. For Puerta Princesa make sure you’re at terminal three.

Getting to El Nido
Once arriving in Puerta Princesa, you’ll be able to find accommodation fairly easily. I stayed in two places: D’Lucky Inn which was booked through hostelworld.com, nice enough but you can find cheaper places. The second and better place I stayed at was Banwa Art Hostel which I found online with a fair few good reviews, and was only 400 pesos a night. We just turned up and hoped they had a spare room, luckily they did. A great hostel, which had a good bar and it was also in a good location. Puerta Princesa is small enough that you can flag down a tricycle from the airport and they’ll take you anywhere in the city for a very low price.

Once in Puerta Princesa you will find plenty of travel agents offering buses to El Nido, a lot of these offers can also be booked through your accommodation, which was the case for both the places I stayed.

My bus from D’ Lucky Inn cost 700 pesos, and I believe you can find cheaper elsewhere. It was more of a van than a bus, and packed pretty tight. My bag was tied on the roof, and some American guys who were on the bus had very little leg room. However, the majority of vans booked through hostels are air-conditioned which does make a big difference. The van will drive around Puerta Princesa until it’s full and then expect a six hour drive up to El Nido. It’s a rickety ride, and a lot of the journey is over stone roads and dirt tracks, so if you’re not a good passenger then take some travel sickness tablets beforehand. The bus stopped just the once on the way there as well.

Hey El Nido
Once at El Nido, you’ll get dropped off in the market place, then you can take a really cheap tricycle for about ten minutes to the beach front where a lot of the accommodation is. We didn’t book any accommodation and just turned up to a pension and luckily there was room (Zaniyas Pension) we paid 500 pesos a night each for a room, bathroom and air con. Other friends have paid less, they tend to be further away from the beach front and they may not have air con. We went during off peak season so you may need to book online, or make sure you get to EL Nido early, buses do run there from 6am from Puerta Princesa. My friend was right about no ATMs been in El Nido, however there are plenty in Puerta Princesa so you can stock up on cash before you go. Also, there is a currency exchange stall in El Nido. Some of the scuba diving shops did accept cards but there is a high transaction fee. Also, the power does get shut off but between 6am-2pm, which didn’t hinder our trip at all.

I’d say this is the main info on what you need for a hassle-free trip to El Nido. Once you’re there they are plenty of cheap bars and restaurants for great food and drink. Also there are plenty of scuba diving shops to go diving for the day. I chose El Nido Marine Club which was 2800 pesos for three dives including lunch and hire for the day. Great company, and great dives, and really easy to book, we just saw them the day before the dive to book. We also took a boat trip, which are very easily available from the beach front. A great place to travel to, with the most beautiful beaches I have ever been to which aren’t crowded by tourists. Expect a beach to yourself and the most gorgeous of oceans. Not been too cheesy, but this place really is paradise.

By Becky on 15 Sep 02:41 About El Nido, Puerto Princesa and Manila Tagged with The Philippines