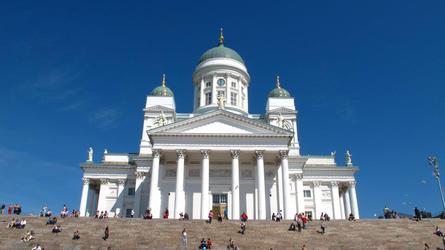 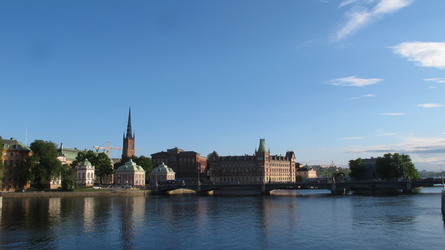 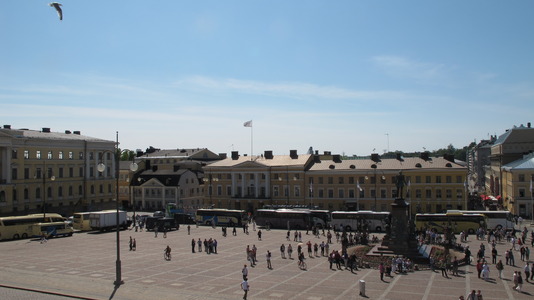 Scandinavia. With its breathtaking Fjords, tall blonde people and higher than average prices, Sweden and Finland may not be top of the average cash strapped backpacker’s list. However, if you like to drink and don’t mind the brisk northern air, Stockholm and Helsinki are picturesque places steeped in history, culture and home of an enviable way of life.

I travelled to from the UK to Stockholm, then on to Helsinki by ferry in the summer of 2012 and, although I was visiting/staying with friends all along the way which made the trip more special, I would encourage anyone to take 5 days to explore this part of the world.

Stockholm
When touching down in Stockholm you’re quickly reminded that Sweden is the home of the global wood-based efficient design chain, Ikea. Even the airport looks like a showpiece from its glossy catalogue. As you take the super fast, relatively cheap train into the city you are transported from the picture postcard view featuring enormous pine trees on a backdrop of rolling hills into a sea of beautiful medieval buildings set alongside black icy waters.

What to see
Like any modern capital there is not a dearth of things to do, I would encourage you to visit the Vasa Museum (Vasamuseet), home of an enormous 380 year old warship which sank just 20 minutes after departing (strangely seemingly not a source of embarrassment for a civilization descended from the Vikings) which was preserved in mud until it was raised and placed in the impressive museum in 1961.

Drink
The Swedes binge like the Brits (although perhaps less often) and so watering holes are not in short supply.  We were taken to quite a few by our host but one that particularly stood out was an open air bar with an incredible view over the city. Located right next to the Södra Teatern (Theatre) the drink was also reasonably priced. Drop by if you’re heading close to the historic Katarina lift (Katarinahissen).

Eat
Food in Stockholm is excellent, if pricy like everything else. During the day enter the locally renowned food markets and pick up the fresh seafood sandwiches. In the evening, head to the old town and drop by Pubologi (reservation may be necessary). This tiny restaurant mentioned in the Michelin guide delivers an incredible menu and is some of the best food I’ve ever eaten.

The 'Party Ferry'
The Stockholm to Helsinki ‘party ferry’ was recommended to us by some Finnish friends years ago and since then has been number 15 my ‘list of things to do before I’m 25’. Unfortunately, whilst it was a convenient way to travel between the two countries it was hardly the riot we imagined. We were later told that we went on the wrong day (it was a Thursday) so if you’re feeling brave enough to give it a go try and book at a weekend. The ‘party ferries’ are so called because alcohol, which is taxed very highly in Sweden and highly in Finland is duty-free whilst in international waters however when we were there, whilst plenty of people were getting pretty drunk, the majority of them were 50-60 year old Finnish karaoke fans.

Helsinki
Finland is part of the Eurozone and less expensive than Stockholm. Expect to pay a premium for things but no more than you would in any modern European City. Helsinki itself is very different to Stockholm and whilst there are medieval buildings, the majority of architecture appears to be more influenced by the Russians whose empire it was a part of until 1917. There are numerous museums to visit in the city however I think the average backpacker would find it difficult to stay more than 2-3 days. Helsinki is also the only capital city I have visited where youth hostels are in short supply. We stayed in Hostel Erottajanpuisto, which had a great location and friendly staff but books up quickly.

What to see
One of the highlights of Helsinki was Suomenlinna Island, a military fort founded in 1748 to protect against Russian invasion. The ferry to the island is quick and cheap and I would encourage you to try the fresh reindeer meat cooked to perfection by the chef at Café Chapman, found as soon as you step off the ferry.

Summary
Overall this was a fantastic trip but did break the backpacker budget somewhat. In just 3 days in Stockholm I ploughed through £250, and friends and fellow backpackers tell a similar story. Finland is cheaper but there is definitely less to do and, in hindsight it would have been good to continue the journey on to Riga, Latvia. Scandinavia is an incredible place to visit but be prepared to pay like a Swede if you want to drink like one.

Hi, James! we are some spanish entrepreneurs and we are in finland until the 28th of November. We are interested in Party Ferries. Is it worth? And we would like to know if it possible to have party during the trip from Helsinki to Stockholm or Tallin. If you could help us or give us some information about these Party Ferries would be great. Thank you for your time. Waiting forward to hear about you.